The Peinture Fraîche team is delighted to invite you
to the release of Pierre Leguillon’s new book
on Saturday 20 November 2021.

Pierre Leguillon, La Légende punaisée dans le ciel, Surfaces Utiles, 2021.
Or how a “non-book”, which had never been published, finally became an anti-manual.

The notes transcribed in this manual were intended for the production of a book, imagined during the winter of 2003-2004, while Pierre Leguillon was resident at the Villa Medici, the French Academy in Rome. For a few weeks, he remained cloistered at home, living in a totally different way, in the hope of finding the form that his book would take.

This book attempted to adapt a sound slide projection to the space of the page, a format that the artist had been using exclusively for the last ten years. The formulas, peremptory in tone and definitive in character, were almost always written in felt-tip pen and in capital letters, very late at night or in the late hours of the morning.

This book has still not seen the light of day, but will it ever equal the entity formed by these contradictory ideas? For this jumble, reworked in these pages so that it can be shared, outlines an ideal form, coveted by many others before it.

After seventeen years of maturation, Surfaces Utiles and Cultura, a printer in Wetteren, Belgium, have combined their know-how to bring this “non-book” into existence. It is almost heroic. 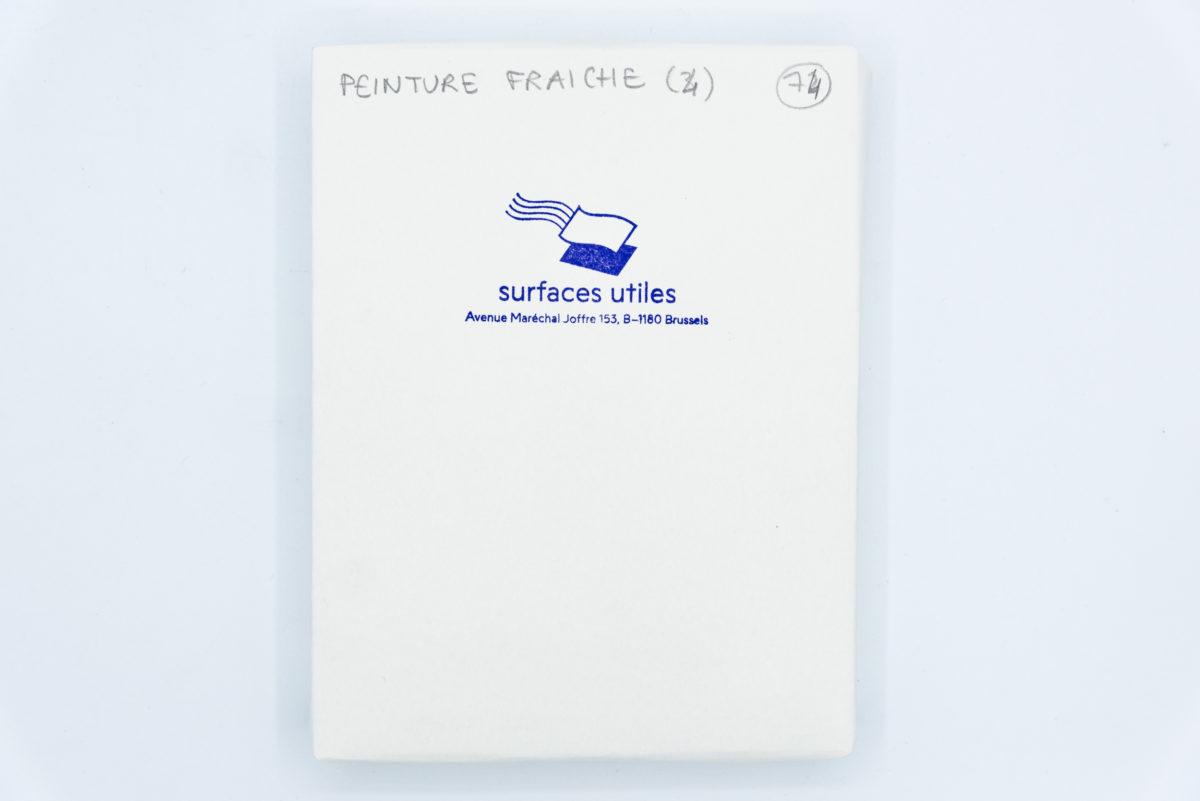 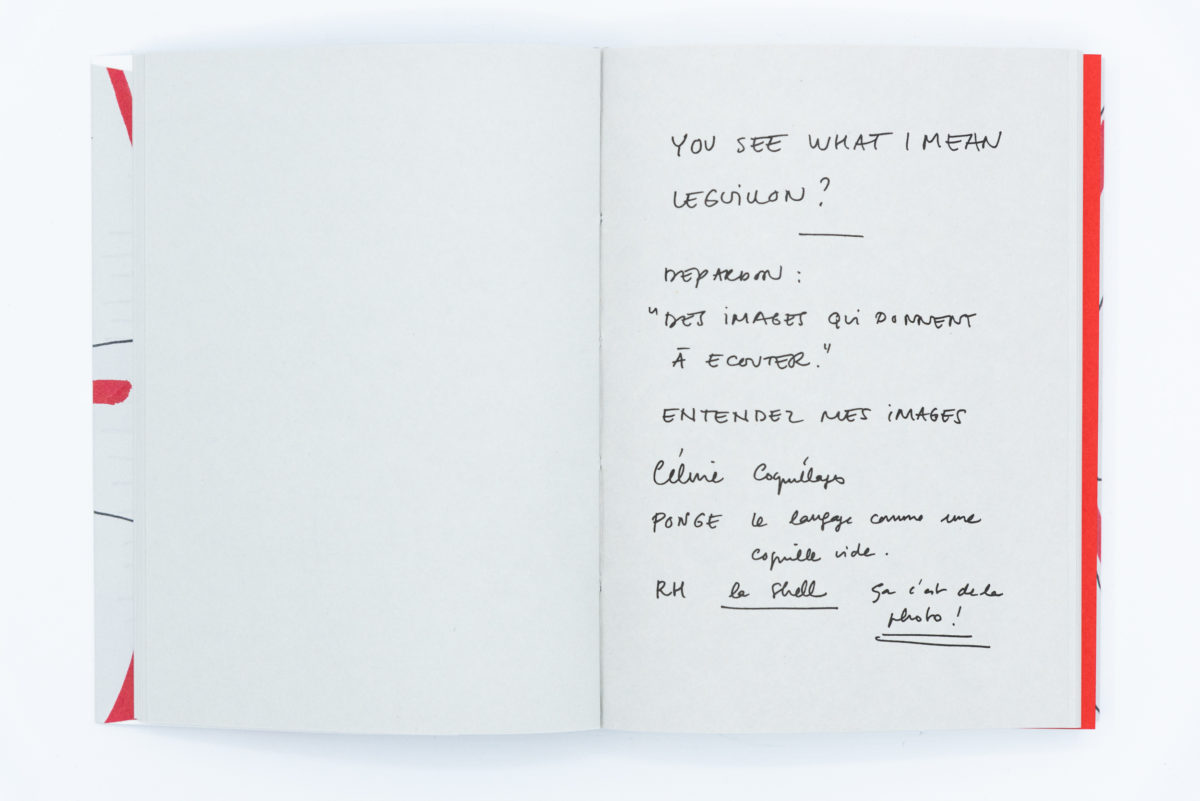 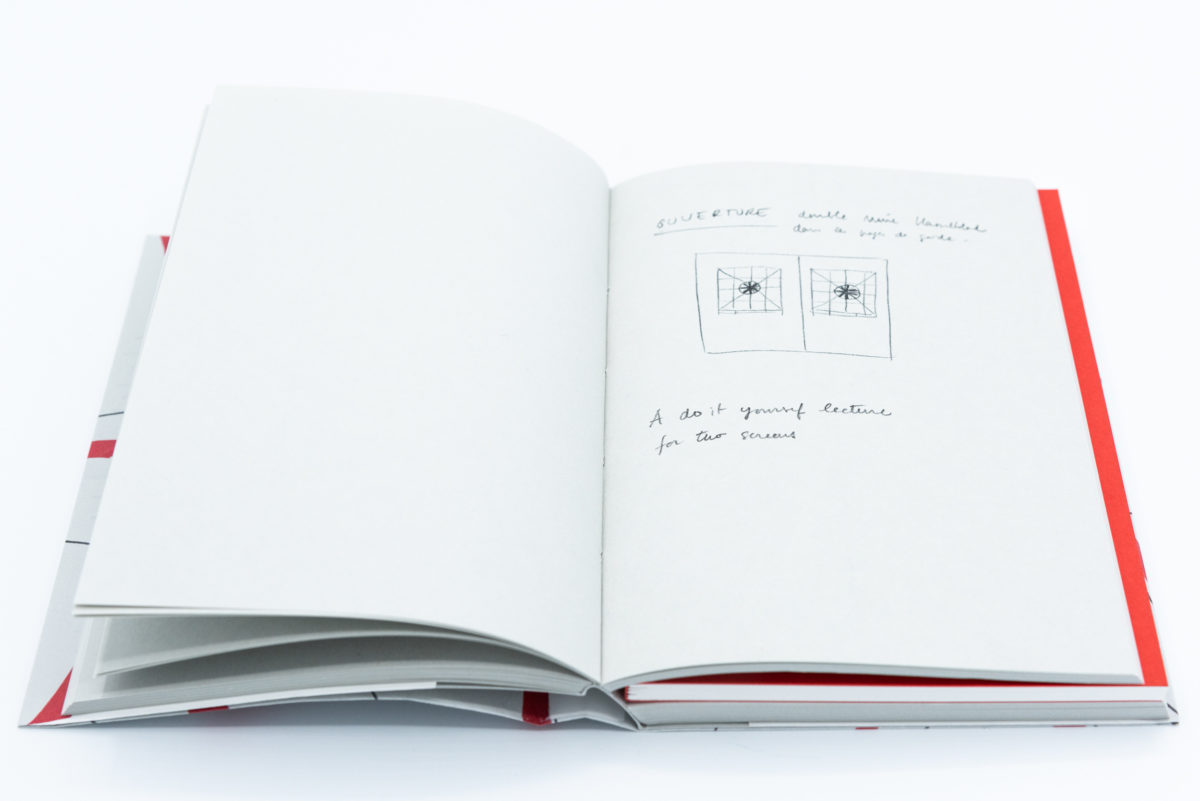 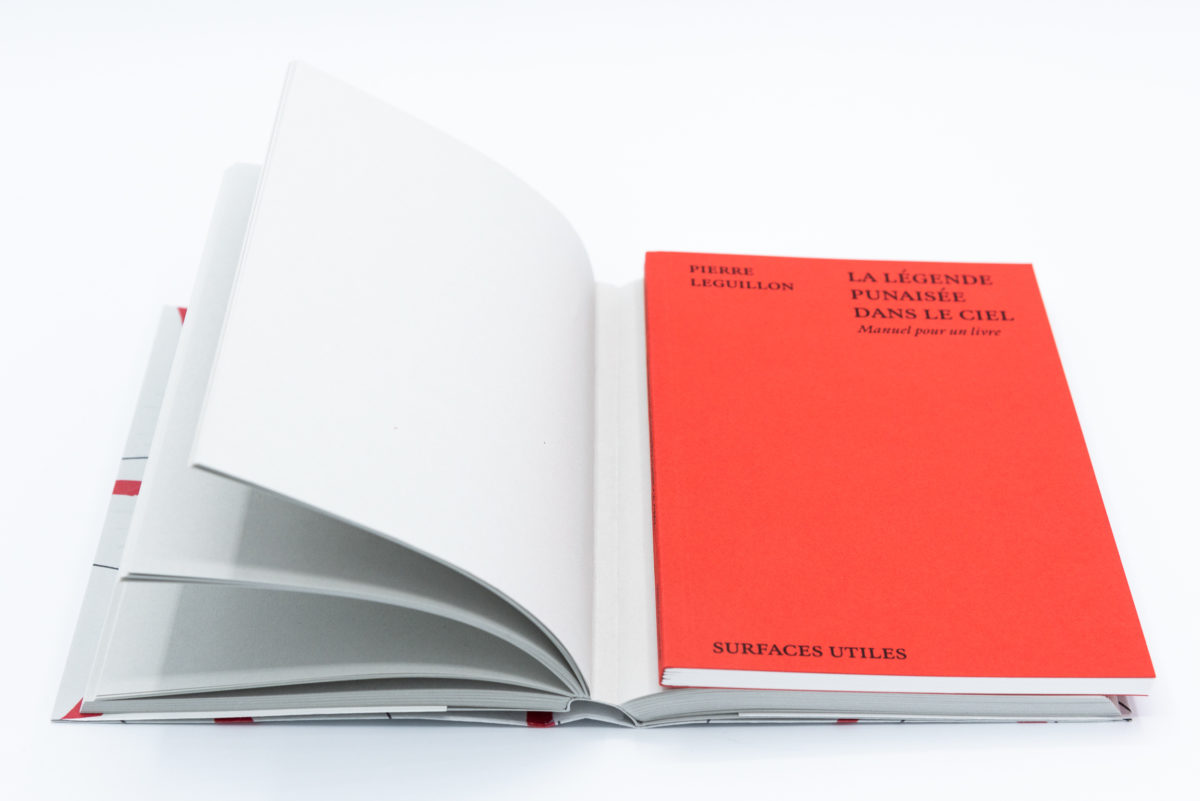 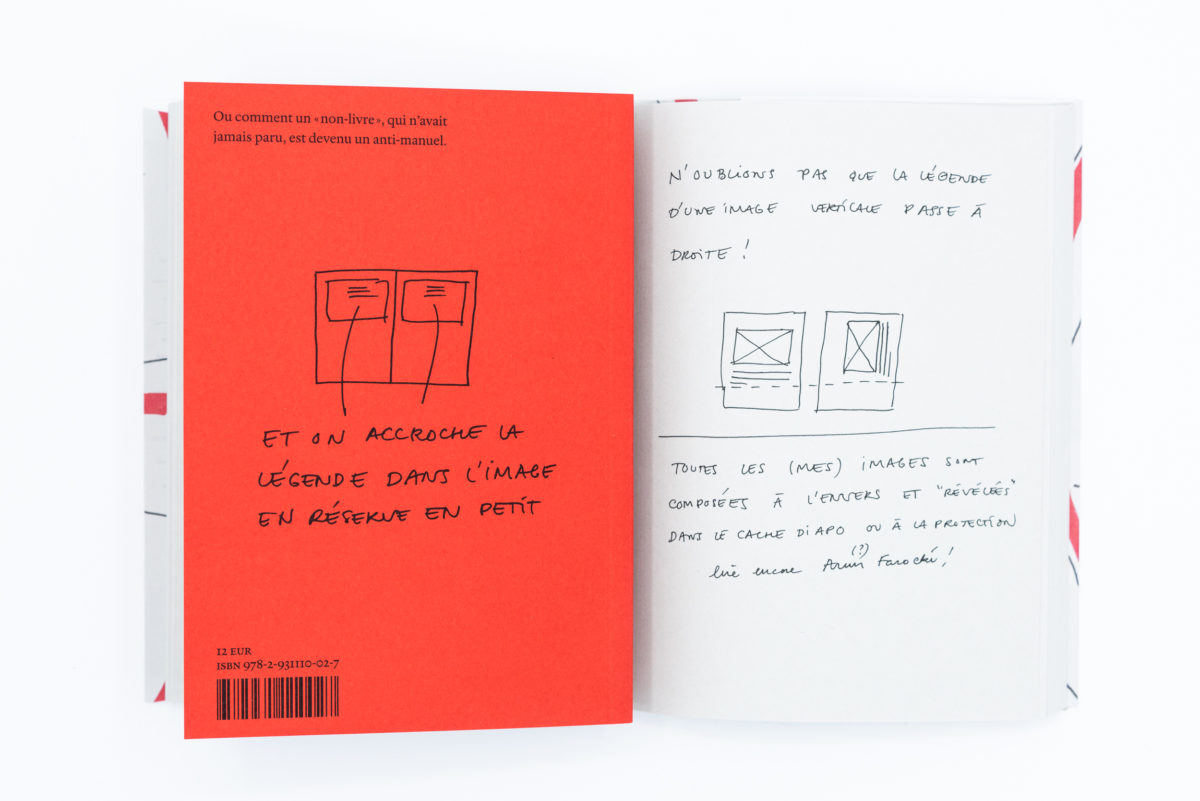 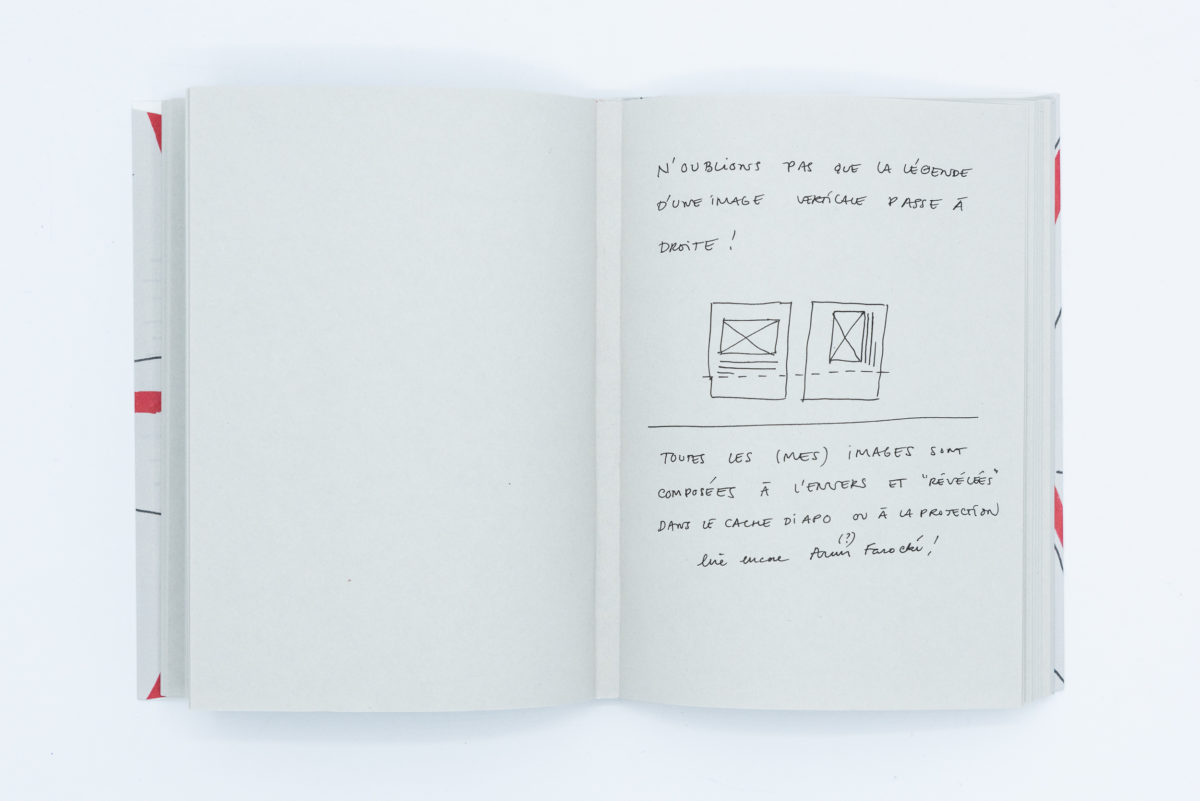 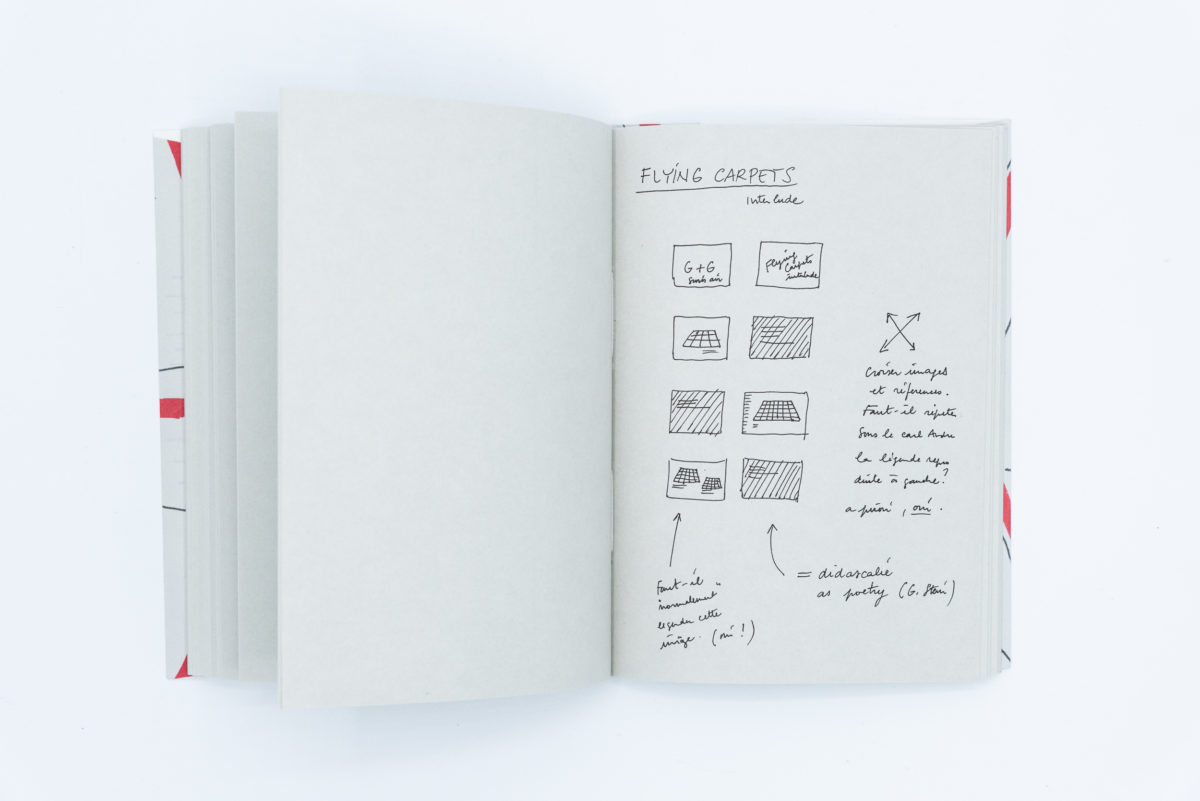 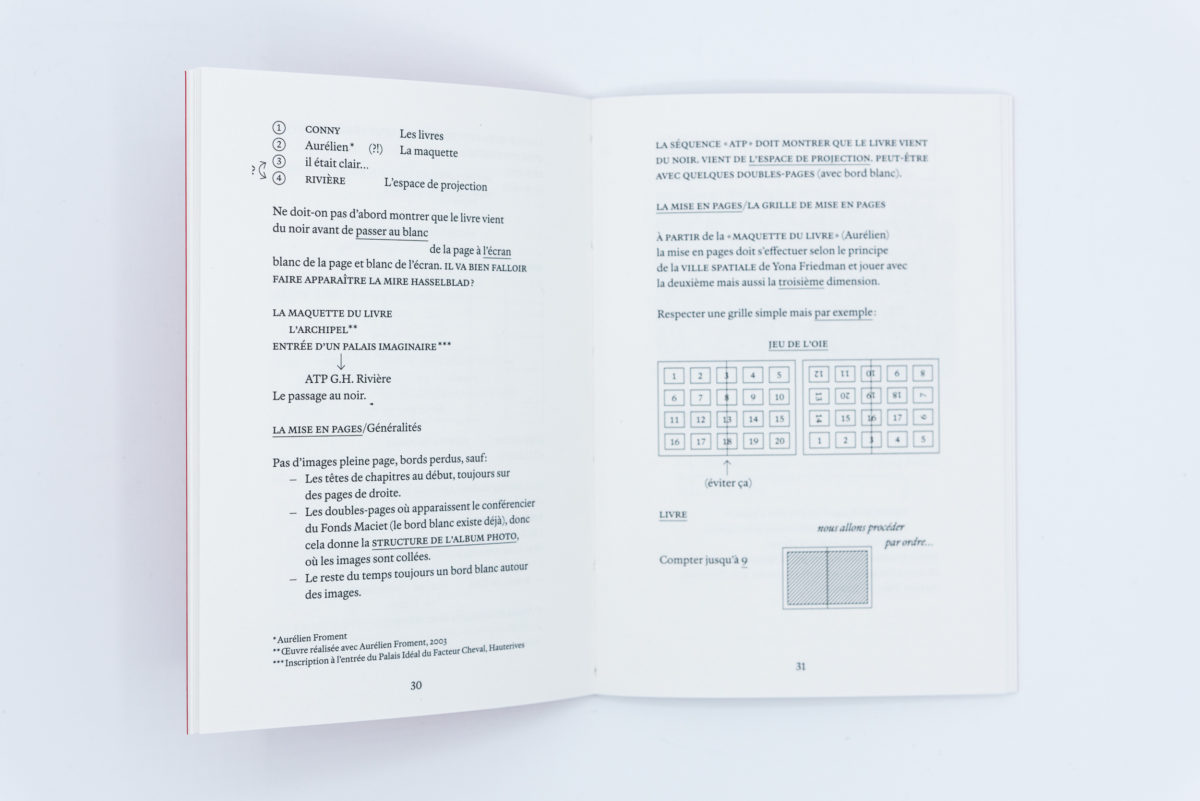 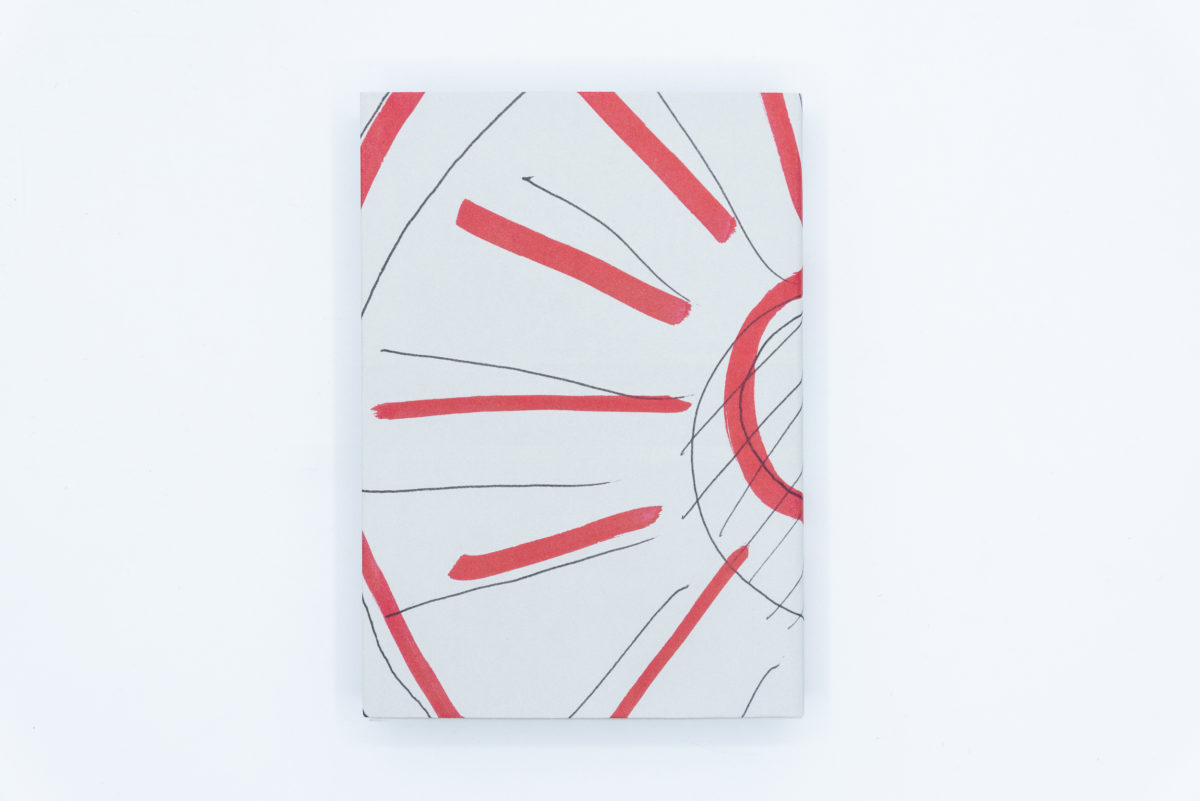 If Surfaces Utiles promotes a heterogeneity of artistic, literary and typographical practices, each new publication is also an opportunity for the publishing house to seek alternative economic models to the publishing industry, in complicity with its actors, and in particular through the appropriation and diversion of standardised printing processes. It is the material availability – paper that has sometimes been stored for many years and two different printing techniques, offset and digital, that the printer Jan De Meester has made available to us by playing the game of Surfaces Utiles – that has determined the shape of this Legend pinned to the sky.

The artist, the publisher and the printer have exchanged hats to produce this new form: a (thick) book, which reproduces the original manuscript, in the centre of which is sandwiched a copy of theManuel pour un livre, its edited version. The first is digitally printed and the number of copies sold by subscription has determined the print run of the second, which is offset printed. The latter also circulates autonomously, emancipated from the mother book.

Biographie
Pierre Leguillon, born in Nogent-sur-Marne (France) in 1969, is an artist. After training in plastic arts at the University of Paris 1-Panthéon-Sorbonne, he began his career as an editor and art critic. A protean artist, he works mainly on the production and reproduction of images, of which he has a large collection, now gathered in his Museum of Mistakes, based in Brussels (The Museum of Mistakes, Edition Patrick Frey, Zurich, 2020). His work has been exhibited at the Louvre (Paris, 2009), Mamco (Geneva, 2010), Moderna Museet (Malmö, 2010), and more recently at Wiels (Brussels, 2015), the Fondation d’entreprise Ricard (Paris, 2019) and the Frye Museum (Seattle, 2019). He was laureate of the Villa Médicis, Académie de France in Rome, in 2003. He teaches at the HEAD – Geneva.