Peinture Fraîche is delighted to invite you to the launch and signing of the book Con-descendance by Brussels artist Silio Durt on Thursday 20 October 2022 from 6pm to 9pm at 39 rue Lesbroussart, 1050 Brussels.

Between dazzling lines, plastic magmas and spontaneous gestures, Con-descendance highlights five years of disorganisation, undermining and valorisation of nothing.
By accompanying his hallucinated figures with a philosophy of muscle and a critique of the elements offered in the daily reading of the world, Silio Durt reveals the universe of the underworld, the unmentionable layers that emanate from the exactions of each individual and the accumulation of daily information.
Societal neuroses are diverted in order to bring to light, in a generous flow, an aggressive aesthetic; a thought in motion placed at the service of unbalanced beings.
Finally, a provocative and enraged bestiary leaves the studio to become the avatar of the Jovial Mongol.
Coherent at its most violent, the means of achieving this joyful discomfiture are multiple: from the stain to the purulence of the lines, from serial monochrome to dripping colours. Silio Durt creates an ode to disorder, fluctuates between the classical schemes of beauty and goodness; he shows a committed world where everything has to be reinvented under the frenetic rhythm of crisis and degrowth. (A. Spiegeler)

Con-descendance is a series of portraits made by Silio Durt between 2015 and 2020. It is a series of portraits of children smiling at the school photographer’s lens, the perfect image of the well-behaved, clean, healthy child, as shown framed on the grandmother’s sideboard, to family friends or on a social network. To these clean images, Durt superimposes those violent words they have all heard and which inevitably mark and pursue them.
In front of these portraits, the writer Van TTX has placed texts that relate to the violence of the drawings. 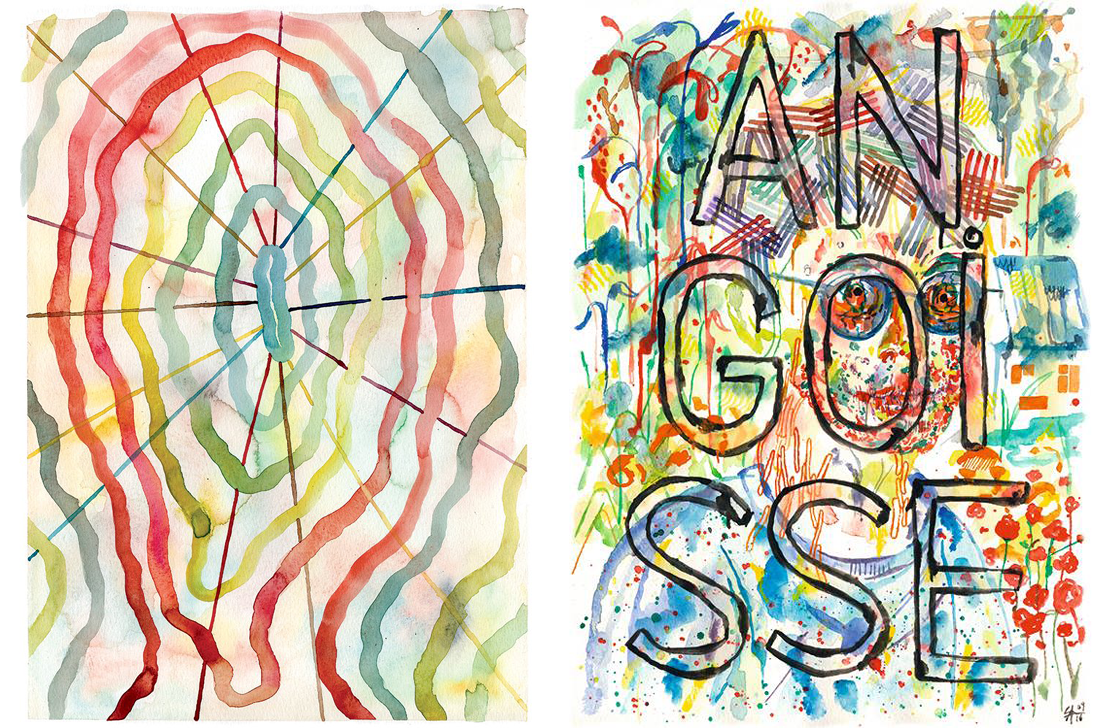 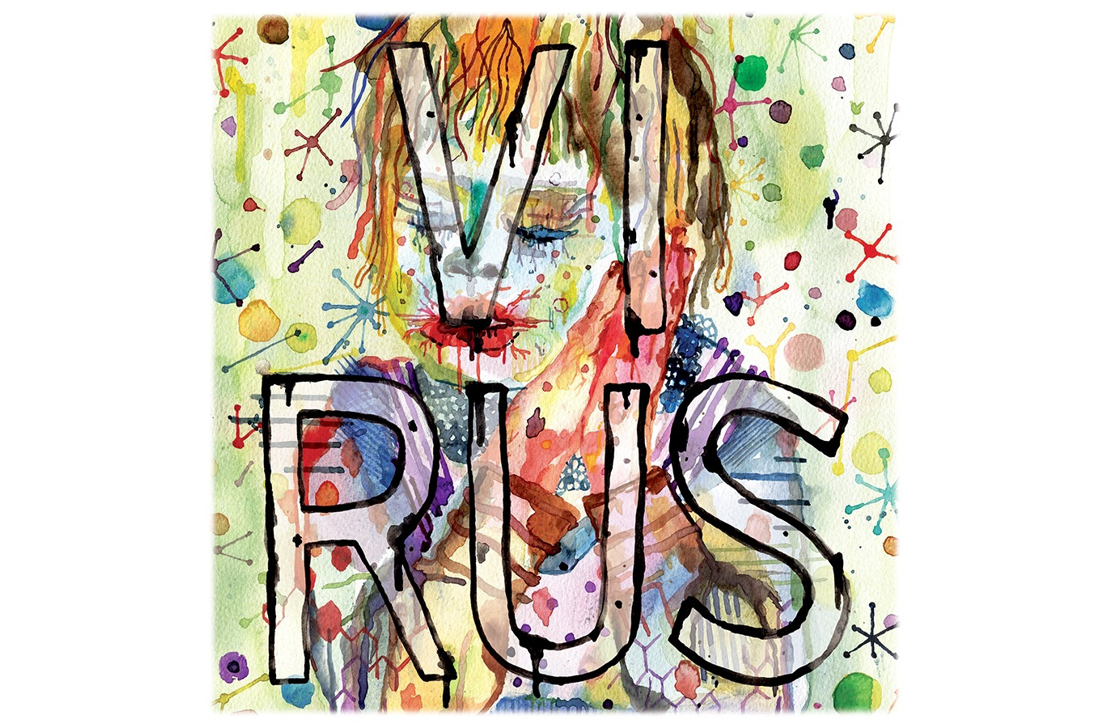 Biography
Violence and intensity play in unison to give Silio Durt’s research a paste, a molten matter. Rich and plural, his chromatic flows invade the canvas to form a poetic interweaving, a critical vehemence. Marked by a culture of the second degree and in the form of a diatribe, Durt moves from one medium to another. Drawings, paintings and serigraphs follow and complement each other around antagonistic themes. Influenced by the immediate post-war research of the CoBrA group and the American school, but also by the underground graphic culture influenced by Dernier Cri and Bazooka, Silio Durt presents an organised disorder, a deflagration of the pictorial material. Silio Durt reveals a latent tension. A suspended time which, in the form of animated chaos, gives him the role of dramatist.
Trained at the Ecole de Recherche Graphique de Bruxelles in illustration and painting, Silio Durt’s work is multidisciplinary. His paintings and drawings are presented as the outcome of a battle. Two opposing practices constituting an authentic discourse. In this sense, tension and feeling, explosion and precision combine to de-construct reality. The artist offers a possible world, a reflection on sensations. With a spontaneous technique, Durt works around the wild childhood of art. The Battle Flirts series is a substantial witness to this. It revives a memory, that of a privileged moment when the memory releases the violence of the gesture. Her painting is vivid, poignant, saturated, expressing an attractive displeasure. The artist plays on the emptiness and the absence of lines to give back its rights to the material. He offers a direct and accessible image. An ode to plastic and organic research.
Awarded a Special Prize at the Prix Médiatine in 2010 and a Collignon Prize at the MAMAC in 2011, Silio Durt participates in numerous institutional and cultural projects in Belgium. Published in Germany, England, Spain and the Netherlands, he develops and theorises his reflections on art. Between pleasure and repulsion, they raise a questioning within which impression asserts itself as material resonance.